St. Hereticus and the Gospel of Americanism 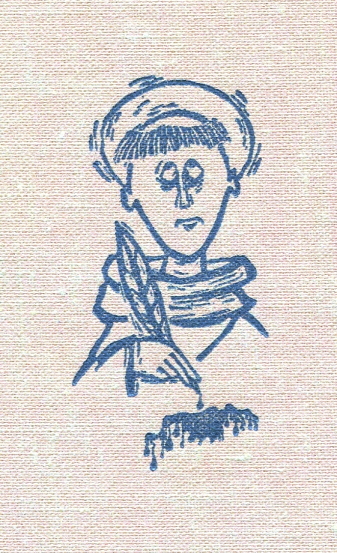 Although this is a religion of fairly recent origins as world religions go (it is less than two hundred years old as I count time), it has in recent years become, so its adherents would claim, the most important. It cannot with total accuracy be called a world religion, since there are still a great many people in such colonies as Europe, Asia, Africa, the Far East, the Near East, and the Arctic and Antarctic regions who have not yet been converted by its missionaries, though in the last named region there have been some indications recently of a shift in sentiment among the Penguins.*

Of particular note is Hereticus's description of Americanity's understanding of monotheism and idolatry. He writes:

Wherein lies the great appeal of this religion? Most significantly perhaps in (1) the assurance with which it can claim to be the final hope of mankind; (2) the exclusiveness with which it can assert in the name of its deity, “Thou shalt have no other gods before me,” which in a briefly and more up-to-date translation goes, “America First”; (3) the wisdom of its benevolence program and almsgiving, which demands only that the recipients subscribe 100 percent to the creed of Americanity; and (4) the dedication of its priest-group, all of whom are prepared that heaven and earth should quite literally pass away before one jot or tittle of their creed be modified.

A God without wrath brought a people without sin to a kingdom without judgment through the ministrations of a Christ without a cross.

Thus has it ever been. The challenge of Christianity in America is always to distinguish itself from American Christianity.