Michael Oren on Who Has a Right to the West Bank 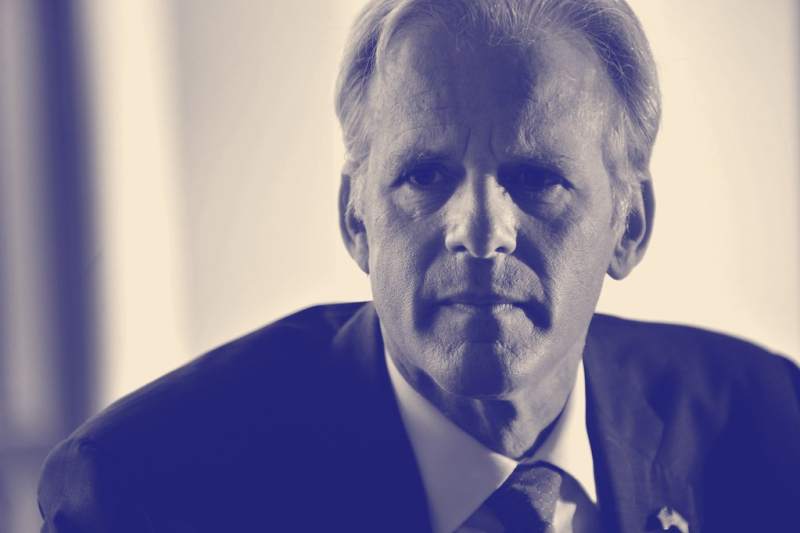 Michael Oren, former Israeli Ambassador to the United States, was recently interviewed by The New Yorker. During his interview, the reporter pressed Oren on the question of what right Israelis have over the areas the currently constitute the West Bank and Gaza. While he punted (a bit) on Gaza, he was pretty clear on the West Bank:

So you think that you, as a Jewish person born in New York, have a right to be anywhere in Israel—

Plus the West Bank, plus Gaza.

Absolutely. Not Gaza. We can debate whether Gaza is part of the land of Israel.

O.K., Israel plus the West Bank.

Even if you wanted to include Gaza, I’d say absolutely, yeah. The question is what is smart. What’s possible.

Who gave you the right to live anywhere you want in the West Bank? That’s what I am trying to understand.

Where did you get that right?

It’s my heritage for three thousand years. It’s the same exact right I have from where I am talking to you. I am talking to you from Jaffa. I live in Jaffa. The same right I have to live in Jaffa I have in [the settlement] Beit El or Efrat, or in Hebron. Exact same right. Take away one right, the other right makes no sense. By the way, P.S., most of the lands of pre-1967 Israel are not even in the Bible. Haifa is not in the Bible; Tel Aviv is not in the Bible.

So, the argument seems to be that, as a Jew, Oren has the right to live anywhere within any of the area historically controlled by Israel, based on some idea of "heritage." It's a strange and very weak argument. It's not at all clear what heritage means here or why "heritage" confers any kinds of "rights" of any kind. Furthermore, this kind of argument is of course susceptible to the obvious reply: If Jews have a right based on their heritage, then why do the Palestinians have any less of a right.

It's interesting to note that I've been arguing with a Twitter troll on this point for much of the day, and it's clear to me that the only way this argument works is if they can somehow deny that there have been Arabs living in the area of modern Israel and Palestine for millennia. They get to this conclusion mostly through acts of special pleading and attempting to play semantic and demographic games. Such arguments don't withstand the slightest scrutiny, but that doesn't prevent them from being argued vociferously, as though their conclusions were self-evident and the natural outcome must necessarily be the right of Jews, and only Jews, over the entire extent of Greater Israel.

If the argument were the more modest claim that Jews had the right to live in the modern state of Israel because Israeli law allows it, that would be a far more defensible claim. However, that would not allow for the more expansionary proposals that argue, as Oren does above, in favor of the right of any and all Jews to any and all areas in any and all of what Israel has ever claimed for itself, as far back as 3,000 years.

Since this is an obviously absurd argument, and can't be reasonably defended, the interview does not improve from there:

O.K., I just want to understand this because I don’t want to misunderstand it. You are saying there are Palestinians living in various areas of the West Bank right now—

—which may or may not at some point become a state. But you are saying that, wherever they are living, they have less right to be there than you as a Jew born in New York.

I’m sorry, I thought you just said that.

No, I did not say that in any way. Listen, I don’t think I want to continue this interview. I don’t think this is a constructive interview. You can do with it—I would like to request you withdraw it. I don’t think you are actually interested in anything I have to say. And that’s been my experience with The New Yorkerall the time. You guys are just into delegitimization. You are not really interested. Why don’t we call it quits right here, and I will pull this interview? I am relying on you to do that, as a journalist.

I think what honestly happened here is that Oren got out over his skis. He realized that he couldn't defend the implications of his argument and so had to run away from the interview as fast as he possibly could. And who could blame him?

In fairness, he never quite says that he has more right to live in the West Bank than a Palestinian who was actually born there, or that the Palestinians have less right. But it's certainly a reasonable inference from his arguments. If Jews, by virtue of their "heritage" have a right to, as Oren argues elsewhere in the interview the entirety of Greater Israel "down to the last millimeter." Many thousands of those millimeters are of course already occupied by the bodies and the lands of other, non-Jewish human beings. And so this principle necessarily implies that Oren's right as a Jew to that land outstrips that of the Palestinians already living there. The only concessions Oren is willing to make on this point are purely pragmatic.

Also of note in this interview is Oren's contention that the Two-State solution is not supported by anyone in Israel today, except for those on the "moribund" left, leading to annexation as the predominating position of the vast majority of Israelis. Whether Oren is right on this or not I have no idea. But if so, it raises once again the underlying contradiction at the heart of current Israeli policy: It cannot continue to be both Jewish and democratic if it continues these current policies. It ultimately has to choose, if it abandons to the Two-State solution, whether it will be a state of all of its citizens, or whether it will be an apartheid state. Given the moral and political contortions this leads to, is it any wonder that there are those who would propose to cut the Gordian knot and suggest deporting the Palestinians wholesale. Of course, as an act of ethnic cleansing, this would be a humanitarian violation of the highest order, and undermine fatally any claim to national morality that Israel would otherwise be capable of claiming.