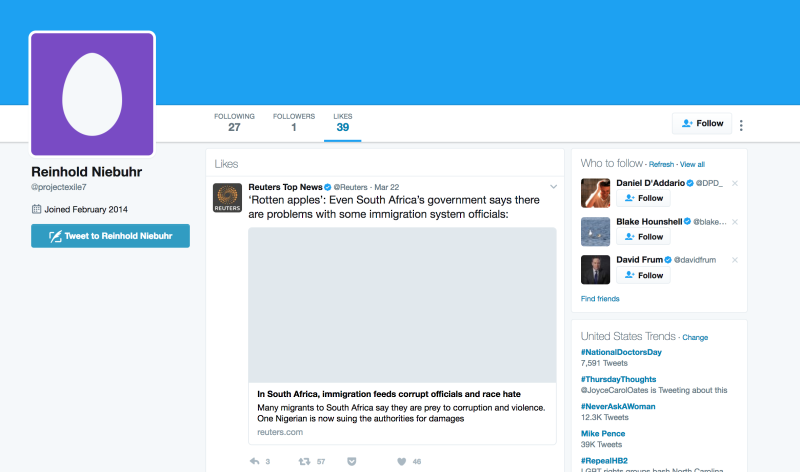 As long as I'm posting about things Niebuhr-related this week, I might as well draw your attention to this weird little story, via Gizmodo. Apparently FBI Director James Comey has Twitter and Instagram accounts, and they are named after Reinhold Niebuhr:

Among the various Comeys, only two of the suggested accounts lacked both real names and profile photos. And only one of these had anywhere near the “nine followers” that James Comey claimed to have. That account was reinholdniebuhr.

Can we be sure? Well the circumstantial evidence in the article is pretty compelling, particularly this:

By senior year, Comey was a double major in religion and chemistry, writing a senior thesis on theologian Reinhold Niebuhr and televangelist Jerry Falwell and on his way to the University of Chicago Law School

Hm. Fascinating. Of course, the account is private, so good luck using this information to learn anything about what the FBI knows about Trump and China, or Reinhold Niebuhr for that matter.