« Christians, Muslims, and God Take Two | Main | The Morality of "The Hateful Eight" »

Once More Into The "One God" Breach Dear Friends 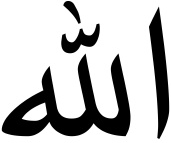 Benjamin Dueholm has a piece in Religion Dispatches today that adds a bit more to the ongoing Wheaton College controversy over whether Christians and Muslims worship the "same God." A few points that he raises are worth accenting. First, on the subject of how "monotheism" has traditionally functioned in Christian theology, he writes:

To some extent this may reflect the relative decline of classical philosophical monotheism in Christian discourse. Aquinas and his non-Christian influences had a common language for the nature of God—one, transcendent, necessary, eternal, not subject to change or decay, and so on. This language was at one time believed to be logically prior to revelation, and to be valid even if no revelation had confirmed it (this led thinkers of all three faiths into some risky territory with their co-religionists).

Moreover there were aspects of the revelations themselves—the “book” of which Dr. Hawkins spoke, quoting a common Islamic formula for the adherents of the monotheistic religions—that cohered in broadly shared themes. The world has an origin and a conclusion; humans are made for relationship with God; moral precepts are ordered to the knowledge and service of this God.

This philosophical language and these intertextual themes are less prominent in Christian thought today, especially among Protestants.

This point cannot be stressed enough. The theological positivism represented by way that Wheaton's administration has chosen to interpret Professor Hawkins' statements represents a failure to recognize the continuity of tradition in thinking about the question of monotheism. What Medieval Catholic theologians and Medieval Muslim scholars shared in common with one another allowed them to actually argue over the substance of their theological claims. These scholars were actually having a disagreement, whereas Wheaton College can't actually be said to be "disagreeing" with anyone because it's refusing to even engage in a substantive conversation with Islam over the nature of its differences. The best that can come -- the best -- from a religious dispute of this sort is a set of mutually dueling monologues, in which religious traditions talk past one another and refuse to recognize any common ground from which they can speak. Of course, the more common result of this refusal to engage on a set of common terms is violence, coming from both sides in the dispute. But if the goal of speech is understanding, then recognizing a common language for conversation is a necessary first step. We once had that in the conversation between Christians and Muslims, but we don't any longer.

Ben goes on to make another point:

Where Christianity’s similarities with the monotheisms—whether of Greeks, Jews, or Muslims—were once central to Christian interfaith apologetics, now it is the distinctive marks that predominate. Some evangelicals have adopted a sort of slogan that Christianity is “not a religion but a relationship,” fully severing the anguished familial bonds with Judaism and Islam.

In other circles it is now more common to describe religion as constituted by its practices and its distinctive narratives, diminishing the abstract notion of God to something of a cipher.

This point is even more perplexing to me coming from an evangelical institution such as Wheaton. Given the focus on conversion, and the need for apologetics, the fact that they would abandon what has been, since Paul's speech at the Areopagus, the central apologetic strategy of Christianity is really rather mind-boggling. It also raises troubling questions, as several commentators have noted, about the relationship between evangelical Christians and Jews, suggesting as it does that they do not believe that Jews worship the same God as Christians any more than Muslims do. As Daniel Kirk has noted, throwing around accusations of Marcionism is a bit of a cottage industry these days, yet I cannot be the only one to find traces of Marcionism in this implication. I was rather startled in my own exchanges over the past several days on this topic to realize that many Christians are actually quite happy to abandon the claim that Christians and Jews worship the same God, if that means that they don't have to accept that Muslims worship the same God as well.

But what this demonstrates is how the commitment to the exclusion of Muslims has led to an incoherent and tribalistic rhetoric in some evangelical circles, where evangelism simply consists of responding to every question with a Bible verse (as though that would convince anyone who didn't already hold the Bible as authoritative in some way, and as though those passages themselves don't require contextualization and interpretation), and where there is not even a scintilla of rational engagement with those with whom we disagree, or even an acknowledgment of a shared language. The problem is not, I think, that there are some people who just can't be bothered to rationally engage on these questions. There will always be people whose capacity and desire for such engagement is limited. The problem is that those who can't be bothered occupy positions of power and influence in educational institutions intended to represent the Christian intellectual tradition at its best.

For now at least, Wheaton's administration seems to have decided that it's given up on the business of education, in name of indoctrination. More's the pity for its excellent faculty and students.

Posted at 10:10 AM in Religion, Society, Theology | Permalink