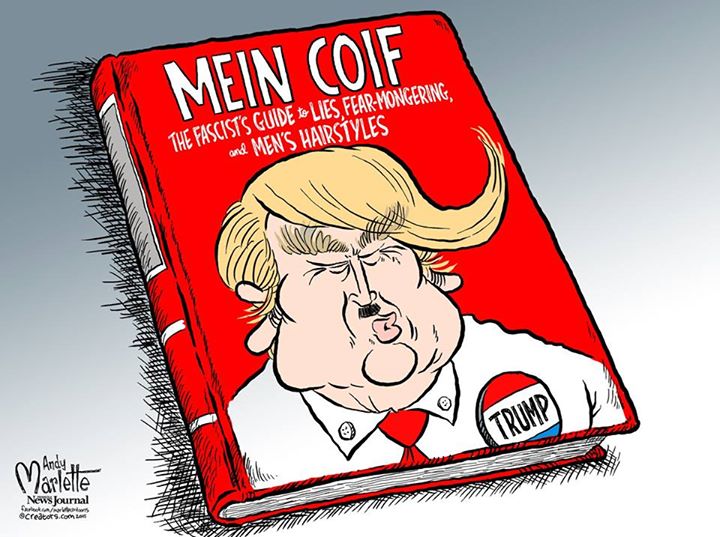 An article at Lapham's makes the case that Plato's Republic can offer an excellent analysis of how someone like Donald Trump comes to power, and what kind of government they represent:

As Trump never ceases to remind us, he remains at the top—or near the top—in national polls. What explains the Trump craze?

Plato would not have been surprised. He would diagnose Trump as an aspiring tyrant.

The Republic offers a detailed description of how it is that democracies (of which Plato was not fond) transform into Tyrannies, and how thoroughly Trump fits the mode of incipient tyrant:

Of course, a full-fledged tyranny does not occur until someone suited to the role manages to seize the reins of power. Consider, though, the characteristics of the tyrant that Plato warns against in his Republic. Tyrants arise from democracies that allow for everyone to pursue his or her own ambitions. Some individuals who are governed by “a gang of harmful appetites” and have a habit of “bragging speeches” amass wealth with a purpose only to satisfy their hedonistic desires. In a democracy, this kind of person “frequently goes in for politics and bounces up and says and does whatever happens to come into his head.” Moving from democracy to tyranny, the worst form of government, the proto-tyrant is “drawn toward utter lawlessness” and transforms into “a monstrous winged drone.” Tyrants are “faithless” as well as “friendless,” according to Plato. “Passion lives…in him in complete anarchy and lawlessness, as his sole ruler, and drives him…to dare anything that will provide sustenance for himself and the unruly mob around him.”  A tyrant is therefore prone to foreign wars and redistributions of wealth to favor himself and his allies.

It's hard to read this description and not feel as though, whatever may come to pass in the next election, we now rest on the cusp of a descent into tyranny, and it may be that even wise leadership won't be able to pull us back from the brink.