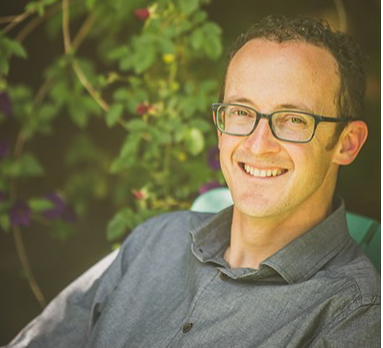 Daniel Kirk is a Bible scholar whom I have admired for some time, and one of those Fuller Seminary faculty members that forced me, over time, to reconsider and raise my opinion of Fuller as an institution dedicated to both the Gospel and independent academic inquiry. His blog, Storied Theology is well worth reading, and his Lectiocasts on Homebrewed Christianity are valuable resources for sermon preparation. However, via James McGrath (another fine blogger and religion scholar), I come to see that I may have to reevaluate my reevaluation. On Daniel's own blog, he writes:

The more I study the question of homosexuality in scripture and the ancient world, the more complex I realize the issue is. I have worked some of those questions out here, publicly, expressly to help uncover that things are a lot more complicated than simply delineating what sexual practices are ok and which are not. Historical critical scholarship has made me question, and realize the need to question, what we say theologically and ethically.

For a number of my colleagues, it is not ok to ask these questions unless the answer we already have decided upon follows close on their heels.

Anyone at Fuller can tell you that over the past year to eighteen months clear signals have been sent that sexuality is not something that is open for any sort of conversation, much less debate.

For everyone, living with integrity is important.

For a small window of time, I caught sight of a Fuller in which integrity on the sexuality issue meant having conversations whose faithfulness was measured by standards of academic investigation and conversation.

For now, Fuller has chosen a different route. Integrity means ensuring that the stated position of the school is upheld and affirmed and not called into question.

This difference is a major reason why I will not be at Fuller after next year.

This is deeply unfortunate for both Daniel and for Fuller. It's unfortunate for Daniel of course, because he'll be out of job (and I can only hope some fine school snaps him up quickly -- for all I know he already has plans!), and it's unfortunate for Fuller because it deeply undermines the sense that Fuller as an institution is capable of allowing for genuine theological scholarship, rather than the mere parroting of a particular brand of conservative bromide that is acceptable, one assumes, to Fuller's pool of donors. This is an affront to academic freedom generally, and to the freedom of theological inquiry in particular. As Daniel describes the problem of attempting to read the Bible in a scholarly way at Fuller:

I read scripture theologically. But as a New Testament scholar, I see my job as always listening first and foremost to the text in its historical context, and allowing its theology to be the first voice to which we respond. In the end, I will affirm creeds or confessions, if I do, because I believe they contain the right things to say at a given moment in time in which they were written, in light of what scriptures says.

In this, I thought I was just being a normal biblical scholar. And Protestant. And Evangelical.

However, a couple of my senior Bible colleagues found this disturbing. It was not enough to affirm that some confessions were correct. One had to start with the confessions and use them as hermeneutical guides in the strong sense. One had to like the idea that we define Christianity by what we believe. (All this despite the fact that we have Baptists and Anabaptists on faculty.)

So when I say, “The Synoptic Gospels show Jesus as an idealized human figure,” I have not said enough. If I cannot say, “And it also shows the divine Jesus, as we learn in the creeds,” I have articulated a theology that “is on a trajectory” away from our shared statement of faith.

If you are only allowed to ask the question as long as you agree in advance to adhere to the pre-given answers, then there is no genuine academic freedom at Fuller, or at any institution. I teach at a Catholic university, but one thing that I have always valued is the fact that I am allowed, as a member of the faculty, to pursue lines of theological and religious inquiry that diverge from what some deem to be the "traditional" Catholic teaching on myriad issues (which, given that I'm not Catholic, is undoubtedly a good thing). This has allowed DePaul to develop an excellent and diverse program in religious studies, as well as programs and Women's and Gender Studies and in LGBTQ Studies. Needless to say, not every member of the local magisterium is always pleased with that fact, and I'm sure some donors aren't as well. Yet the principle of academic freedom means that our freedom of inquiry is valued as essential to the work of the university, and as consistent with the traditions of Catholic higher education.

The fact that Daniel's institution saw things differently is a genuine shame, which is only partially obviated by the fact that Fuller is hiring Thomas Oord, recently let go from Northwest Nazarene University for having "incorrect" (read: correct) opinions on evolution. One can only hope that clearer eyed institutions will take advantage of Fuller's (and NNU's) folly and offer these scholars positions fitting their valuable and original scholarship.

Posted at 11:50 AM in Academic, Religion, Society, Theology, Weblogs | Permalink