« Don't Talk About the Oligarchy | Main | A Bit More on Forgiveness »

The Christian Case for Nietzsche 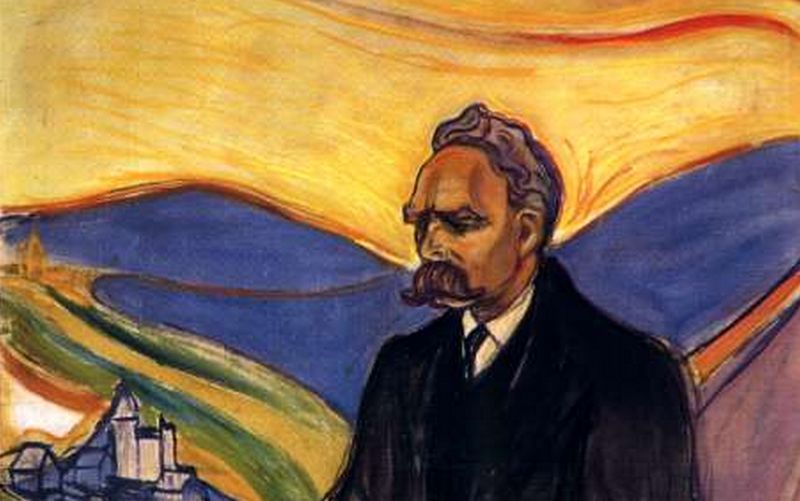 In preparation for Good Friday, it's useful to contemplate the meaning of the cross of Jesus Christ, as a spiritual matter, but also as a philosophical matter. The cross is a multivalent symbol, that contains within it a wealth of meaning, and yet, as Guiseppe Fornari argues in his new book, A God Torn to Pieces: The Case for Nietzsche, central to the message of the cross is something that Nietzsche understood and many, perhaps most, Christians have forgotten. "In the end," Fornari writes, "he was much closer to Christ than many who would claim to be Christians.”

As Adam Erikson summarizes at Sojourners, Fornari's analysis is rooted in the recognition that Nietzsche understood the significance of the cross in a way most Christians have not. He saw in Christ's cry on the cross -- "Father forgive them, they don't know what they are doing!" -- a message of universal forgiveness, a message that Nietzsche rejected:

And that’s where Nietzsche consciously rejected Christ, and that’s where many Christians don’t know Christ. To know Christ is to know that in his life, death, and resurrection Christ freely offers forgiveness to all – even to those who have become “murderers of all murderers.”

For Nietzsche, Jesus’ attempt to end sacrificial violence was foolish because he believed that humans need sacrificial violence to survive. To show this he compared the death of Jesus to many ancient sacrificial myths and discovered that they are structurally similar. The god is murdered by an angry mob that is united in their violence against a divine victim. After the mob murdered their victim order was restored. The only difference between the murder of Jesus and the murder of the mythical gods is in interpretation.

The cross then, as Rene Girard argues, is the end of sacrifice. Nietzsche could see that, and yet he believed we still needed sacrifice. Many Christians today fail to see what Nietzsche could, they don't believe that the cross was the end of sacrifice, since they are still engaged in the sacrificial regime that Christ came to end. Universal forgivenss is an abstraction to a great many Christians, and certainly not something that God would endorse. They need God's wrath and God's judgement to make their own righteous self-conception appear valid.  Erikson continues:

Nietzsche consciously chose the way of Dionysus, and the way of violence drove him mad* because he couldn’t accept the forgiveness of Christ in his own life. And yet by clearly seeing the alternative between Dionysus and the “Crucified,” Nietzsche was closer to Christ than many who profess to be Christian. Many Christians are far from Christ because while they profess Christ, they actually believe in Dionysus; they actually believe in a god who justifies their violence rather than leads them in the way of forgive.

And the Christian world is going mad because we don’t believe in Christ who leads us to love and forgive all, including our enemies.

So, as we move through Maundy Thursday into Good friday, let us lift up Christ's prayer of universal forgiveness and pray for the reconciliation of all. But let us also be aware that the spectre of Nietzsche looms behind our protestations of self-righteousness. Until we can break the systems of sacrifice in our own lives, and cease projecting them onto the cross of Christ, we will continue to be closet Dionysians, while understanding both Christ and Dionysius far less profoundly than Nietzsche did.

Posted at 09:26 AM in Academic, Books, Philosophy, Religion, Theology | Permalink