On the LARPing Republican Congressional Candidate 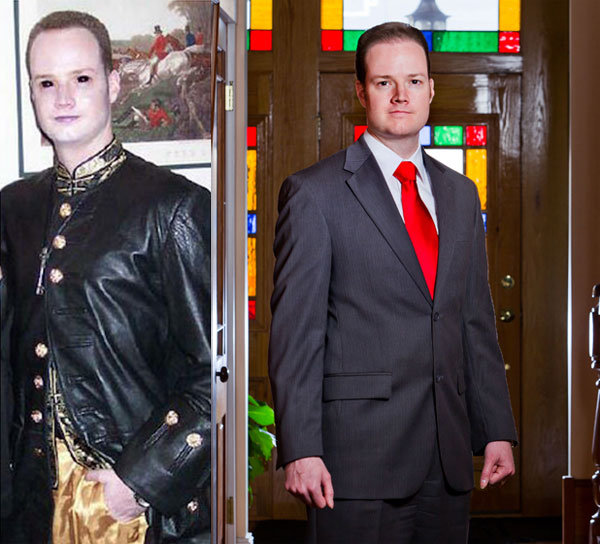 Did you hear the one about the Republican Congressional candidate who liked to pretend to be a vampire in his free time? No, that's not the set-up for a joke; that's an actual news story from this past week:

Rush, a 35-year-old attorney who just launched a campaign in Florida’s 3rd Congressional District, knows a thing or two about role-playing. ...

On Rush’s campaign website is a well-produced, professional video, portraying the candidate as the ultimate “conservative straight shooter,” ready to fight for “we the people.”

The video certainly hits all the right marks by featuring a series of heartwarming and inspiring images: Rush placing his hand on a Bible, as a father of a newborn, even initiating a group of enthusiastic schoolchildren on the values of the U.S. Constitution.

What the slick video does not mention is that Rush – as “Chazz Darling,” “Staas van der Winst” and ahost of other roles – was a long-time member of the Mind’s Eye Society, otherwise known as “Camarilla.”

Mind’s Eye, or MES, is a nationwide community of gothic-punk role-players who come together to take on personas of vampires and other supernatural beings (known as Kindred), dealing with night-to-night struggles “against their own bestial natures, hunters, and each other.”

MES has a number of different sects, with names such as Vampire: The Requiem; Vampire: The Masquerade; Changeling: The Lost; Geist the Sin Eaters; New World of Darkness and Werewolf the Forsaken, among others.

There are a few things I find remarkable about this story: First, it shows just how far the nerd community has come when someone hardcore enough to do Vampire LARPing feels comfortable enough in his identity to run for public office without feeling the need to abandon or reject his hobby.

Second, it shows just how much the whole role-playing community remains misunderstood. Role-playing has always been a strange mixture of gaming, improv, community theater, and experimenting in alternative identities. It could be very fruitfully analyzed via any number of lenses, from psychological and sociological to philosophical and political, and there are people, like Ethan Gilsdorf and others, who have given it serious attention. But, to the wider, non-geek community, it sounds strange at first blush, and the idea that someone would enjoy sporting a "rape face" (I have no idea what that is) or pretending to snort coke off of a machette can be off-putting. But this is precisely because they don't really understand what role-playing is. It's right there in the name: You take on a role, a persona, that is often very different from your own. The answer to the question of why a person might choose to play one particular type of character rather than another is personal and ideosyncratic, but it shouldn't be construed as a reflection of that person's real-life ideology or persona. In fact, many LARPers and other role players revel precisely in the challenge posed by playing someone or something radically different from their real life persona.

Nerd-bashing and spotting political hypocrisy are both well-established traditions that magnify each other in this story. I understand how irresistible it is to try to pick at seeming contradictions in the life of a guy who posts pictures of himself with his newborn on his campaign Web site while popping in black contacts and writing laughably incoherent threats to fellow role-players in his off hours. But in the interest of geeky solidarity, let me mount a brief defense of Jake Rush and his hobbies.

As my colleague Alexandra Petri has pointed out, political consultant Peter Schorsch,who went digging for details on the Mind’s Eye Society, is stretching as far as he possibly can to suggest that Rush is palling around with dog-menacers and book burners. Never mind that no evidence exists that Rush’s activities were anything other than fantasy. And as fantasy, there is not actually much contradiction between Rush’s stated policy positions and the games he’s playing.

Dave Weigel suggested that there is tension between Rush’s work in drug enforcement during his tenure in the sheriff’s department, which he touts as proof of his law-and-order credentials, and his fantasies of snorting cocaine. But if Rush is role-playing parts that are deliberately transgressive, it makes perfect sense that he would gravitate towards the very things he finds off-limits in his professional capacity.

In that vein, so what if the”Mind’s Eye, or MES, is a nationwide community of gothic-punk role-players who come together to take on personas of vampires and other supernatural beings (known as Kindred), dealing with night-to-night struggles ‘against their own bestial natures, hunters, and each other,’ ” as Schorsch reports? Sure, supernatural metaphors might be less familiar than the typical fare on offer at a Sunday church service. But pushing back “against their own bestial natures” sounds like a project that a lot of Rush’s potential constituents might engage in on a regular basis. One person’s dorky is another person’s space for moral exploration.

Apart from that of course, someone has to be the bad guy in a role-playing game, and the effectiveness of the campaign depends on how effectively antagonists can portray their characters. It's much the same as professional wrestling: The people who play the "bad guy" aren't in most cases really bad in real life, but they take the persona on in order to enhance the drama of the match.

Ask yourself this question: If Rush's hobby had been amateur Shakespearean acting instead of live-action roleplaying, would we judge him for his effective portrayal of Iago or Richard III? I suspect not. The disconnect comes precisely in the fact that we recognize acting as a legitimate expression of one's interests and a valid expense of one's time, but we have not yet arrived at this point culturally when it comes to role-playing in general, and LARPing in particular.

All that said, as an attack, this seems to have fizzled, and Rush seems to be well positioned to become the next Congressperson from Florida's 3rd District. Like Alyssa, I would probably not vote for Rush in a million years, but in principle, the idea that nerds deserve better representation in Congress is a platform plank that I can get behind! 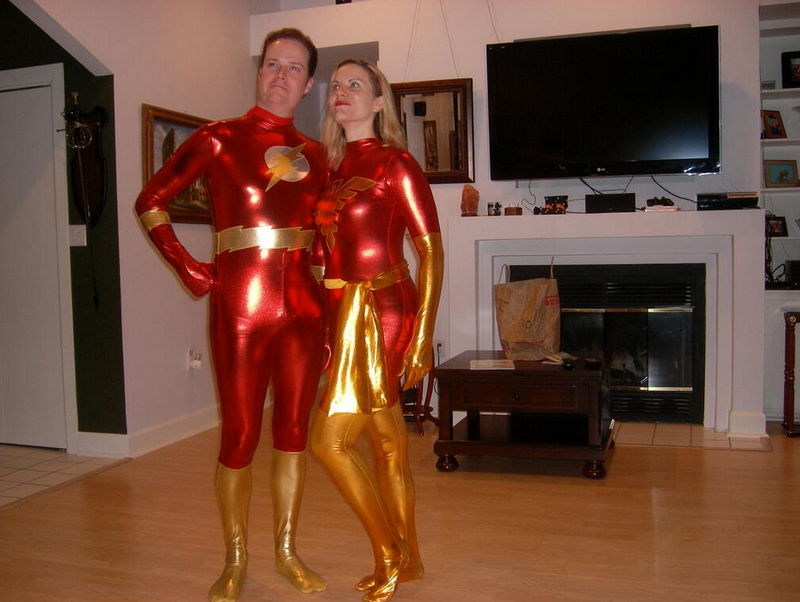 Posted at 11:42 AM in Current Affairs, Games, Political, Society | Permalink