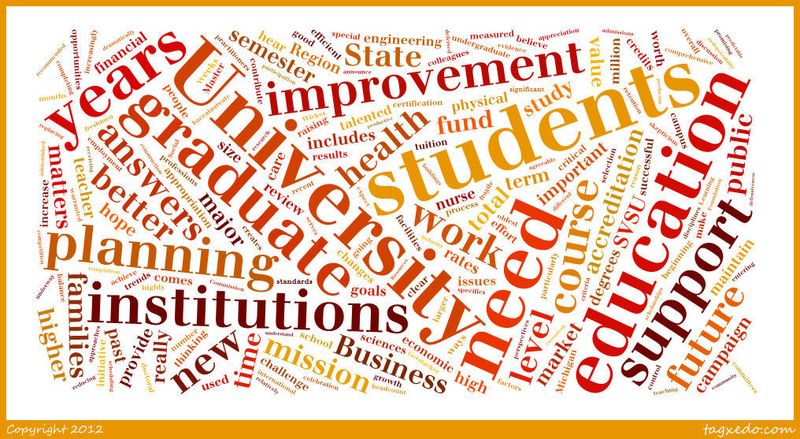 Recognizing as I do how enormously fortunate I am to have the position that I have, and how it is becoming increasingly difficult to actually make a career as a full-time academic, I feel a responsibility to publicize the recent rash of stories about the woes many faculty, particularly adjunct faculty, are facing.

First, there's this story about professors being forced into homelessness:

… one adjunct is about to move into a sister’s basement. Another, a Ph.D. in African-American Studies, is living in a homeless shelter in Philadelphia that is supposed to be for recovering drug addicts. She is subject to a curfew and to disciplinary action, as if she, too, was a drug addict. Her only crime was to study for over a decade to earn a Ph.D., and to teach for poverty wages. The third adjunct, whose case is the direst right now, is an artist and educator living in California, who will be homeless as of August 15. Even worse, he now faces the possibility of losing his life’s work. Most of his paintings and artwork, 30 years worth of work, is stored in a facility that will not give him access because he is several months behind in rent. They have not discarded or destroyed the artwork yet, but that is becoming a real possibility as the month comes to a close.

Then this story of an adjunct so demoralized by the part-time life he is contemplating quitting altogether:

I wonder if I should work so hard to stay. My older son is the same age as my Ph.D., and he’s grown from a blob to a little person who can tell you about the moons of Jupiter. Is it time to trade my hopes for his? To give up on the work of my adult life and just find a way to give my family some security? If I could do it all again, it would be madness to say that I would take the same path. But now, another year will pass, with no promise of success. And I wonder, channeling John Kerry but with lower moral stakes: How do you ask a year to be the last one to die for a mistake?

Last week, for the first time in a decade, I did apply for some jobs outside academe. But starting a new profession requires years of dues-paying that I have already done as an historian and nowhere else. And fundamentally, this is the job I should be doing; the one that I have long wanted to do—and still want to do. It would seem natural to quit after years of poorly explained rejection. But my work as a scholar is respected. My work as a teacher is valued—if not institutionally, then at least by my students. These are my strengths; and it is precisely in doing this combination of tasks that I believe I can make the greatest contribution. The academic job market has taken so much from me over the past years; I don’t want to let it take away my career as well.

And then, as if to add insult to injury, this story of a candidate who was offered a job, only to have it completely recinded when she tried to negotiate:

According to the widely read blog the Philosophy Smoker, a job candidate identified as “W” recently received an offer for a tenure-track position at Nazareth College, a small liberal-arts school near Rochester, N.Y. Like many recipients of job offers, W viewed the original bid as the opening move in a series of negotiations, and thus submitted the following counteroffer, after informing the department—with whom she says she had been in friendly contact—that she was about to switch into “negotiation mode” ...

However, instead of coming back with a severely tempered counter-counter (“$57k, maternity, and LOL”), or even a “Take it or leave it, bub,” Nazareth allegedly rescinded the entire offer:

Thank you for your email. The search committee discussed your provisions. They were also reviewed by the Dean and the VPAA. It was determined that on the whole these provisions indicate an interest in teaching at a research university and not at a college, like ours, that is both teaching and student centered. Thus, the institution has decided to withdraw its offer of employment to you.

Thank you very much for your interest in Nazareth College. We wish you the best in finding a suitable position.

All of this is, quite frankly, completely outrageous. The devaluing of the work of people who have spent, in many cases, over a decade pursuing advanced degrees, only to watch the academic job market shrink to a tiny nub of what it once was, is an offense not only to academics as workers, but also to the entire intellectual premise of the university, which is that it is, at its best, a community of scholars who come together for the sake of advancing knowledge. To treat an increasingly large proportion of that community as utterly disposable and interchangable damages both the teaching mission of the unversities that behave in this way, as well as the research agenda that universities exist to support, since the instability and lack of academic freedom (not to mention the work loads) that come with perpetual adjunct purgatory undermine the project of scholarly research.
And the fact that this is happening at the same time that administrative staffs are exploding, and the self-justifying cant that insists that the ten-gazzilionth administrator in a university is absolutely crucial, while the new faculty hire is utterly disposable, are in themselves cause for deep skepticism about the future of higher education in the United States.

Posted at 09:20 AM in Academic, Society | Permalink