« Neo-Atheism: Not Atheist Enough? | Main | Evangelicalism as an Empty Signifier »

Liberation Theologian Welcomed to the Vatican

The founder of liberation theology, the Latin American-inspired Catholic theology advocating for the poor, has received a hero's welcome at the Vatican as the once-criticized movement continues its rehabilitation under Pope Francis.

The Rev. Gustavo Gutierrez was the surprise speaker Tuesday at a book launch featuring the head of the Vatican's orthodoxy office, Cardinal Gerhard Mueller; one of Francis' top advisers, Cardinal Oscar Rodriguez Maradiaga; and the Vatican spokesman.

The former Cardinal Joseph Ratzinger spent much of his tenure at Mueller's Congregation for the Doctrine of the Faith battling liberation theology, arguing that it misinterpreted Jesus' preference for the poor into a Marxist call for armed rebellion.

Guttierez insists true liberation theology was always perfectly in line with the church's social teaching about the poor that Francis widely embraces.

It's difficult to overstate the significance of this event. For literally decades, Gutierrez was persona non grata at the Vatican, a frequent target for investigations of his orthodoxy and adherence to church teaching, and the bete noir of prior Pope Benedict XVI. For the Vatican office that spent years persecuting him to now open the door to him suggests a fairly substantial sea-change in the Catholic heirarchy's attitude toward the core principles of liberation theology.

So, then, what was the controversy about to begin with? The first thing to bear in mind is that liberation theology emerged out of a particular context, in a particular time and place, in response to very particular issues, but sought to frame those issues in terms of broad theological themes. The underlying issue at stake was the long-standing impoverishment of the vast majority of women and men in Latin America, and the entrenched political systems that kept that poverty as a feature of those societies. It was essentially a feudal system, in which the landed aristocracy and the military conspired, often with the help of the church, to prevent any attempts at reform from taking hold, to preserve their vast wealth, and the control they exercised on the pesantry.

Into this context stepped the liberation theologians, first among them Gutierrez. Out of his experience working with the poorest members of society in his native Chili, he came to recognize not only that the injustice prevalent in Latin American society needed to be addressed, but that the existing theological terms in which the topic was discussed were inadequate, and so, working with the Latin Ameircan Conference of Catholic Bishops, he sought to reframe the debate through participation in the drafting a series of ecclesiastical documents, emerging from the conferences at Medellín and Puebla. These documents established the basic principles of liberation theology, first among which was the idea that God has a preferential option for the poor.

This idea, that God takes sides in the struggle for social justice, and that the side he takes is that of the poor and disenfranchised, was quite literally revolutionary, as it essentially placed the Roman Catholic church on the side of movements for social and political reform throughout Central and South America. Of course, this was not universally accepted among Bishops and Priests, and certainly not embraced by the landed aristocracies or the militaries of these countries. And so they often responded with brutal violence, such as the rape and murder of Catholic nuns in El Salvador in 1980, followed that same year by the assassination of Archbishop Oscar Romero.

This reaction pushed some priests out of the parishes and into the jungles, where they participated in revolutionary movements to overthrow repressive governments. Thus, for example, Nicaraguan priest and poet Ernesto Cardenal joined the Sandinistas in overthrowing the Samosa government in 1979. He was named minister of culture in the new government, and for his troubles was publicly chastised by John Paul II on his trip to Nicaragua in 1983.

Throughout this period, Gutierrez was actively writing and participating in the development of liberation theology as a coherent theological movement, both within Catholicism as well as within the broader Christian Church. He was prolific throughout the 1970s and 1980s, along with other key members of the movement, such as Leonardo and Clodovis Boff, Jon Sobrino, and Ignacio Ellacuria. Ellecuria was eventually assassinated in El Salvador by a government death squad, along with five of his Jesuit brothers, their maid and her daughter in retailation for their embrace of liberation theology. This was not a "safe" school of thought to be associated with. Boff was eventually silenced by the Vatican, courtesy of Ratzinger, and eventually forced out of the Franciscan order.

John Paul II's Vatican was particularly hostile to Liberation Theology, largely due to its association with marxist revolutionary movements, and its occasional use of marxist categories of social analysis (critics sometimes referrred to liberation theologians as "marxists in clerical collars"). This is, in a way, understandable given the Pope's experiences of communism in Poland, but emerged from a misreading of the core tenets of liberation theology, and a failure to take seriously both its theological sophistication and the concrete context out of which it had emerged. Eventually, however, John Paul II embraced the idea of a "preferential option for the poor," the core tenet of liberation theology, as an element of Catholic social teaching, and incorporated it into his social encyclical Centismus Annus.

Ratzinger, who in the years after Vatican II lurched quite strongly to the theological right, took liberation theology on at every turn, and in many ways hounded the key liberation theologians into silence prior to ascending to the Papacy. So it is no real surprise that during his papacy not much was heard about liberation theology. 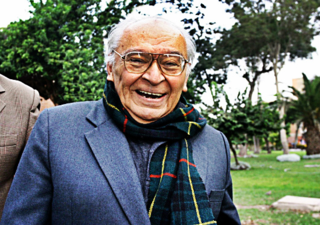 All of this background serves to explain just why it is so remarkable that not only has Pope Francis begun to openly use the rhetoric of liberation theology in his speaking and writing (remember, he came up through that same Latin American context, and understood it well), but he has now begun what appears to be a process of reintroducing the main figures of liberation theology into respectable Vatican society. One can only hope that this continues, and the possibility of a socially and politically relevant and vibrant Catholicism might re-emerge. Not being Catholic myself, I can nevertheless respect the way the Church, when allowed to, can provide leadership to the broader ecumenical church, as they did when Liberation Theology first emerged on the scene, and as they may do again in the future. 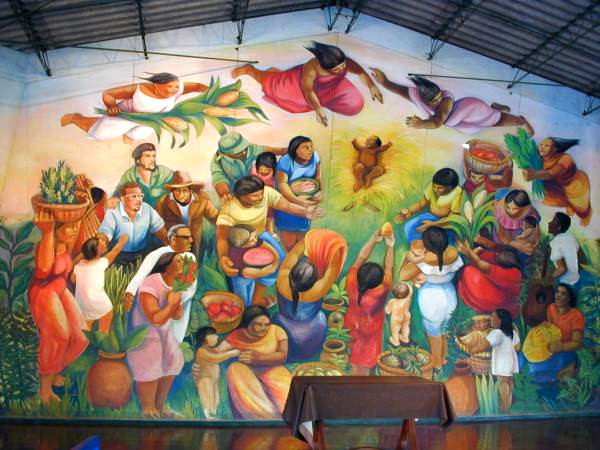 Posted at 08:11 AM in Ethics, Political, Religion, Society, Theology | Permalink