« Choose Heresy! | Main | Does the World Need a Church-Based Reality Show (Answer: No) »

Religion and Doctor Who 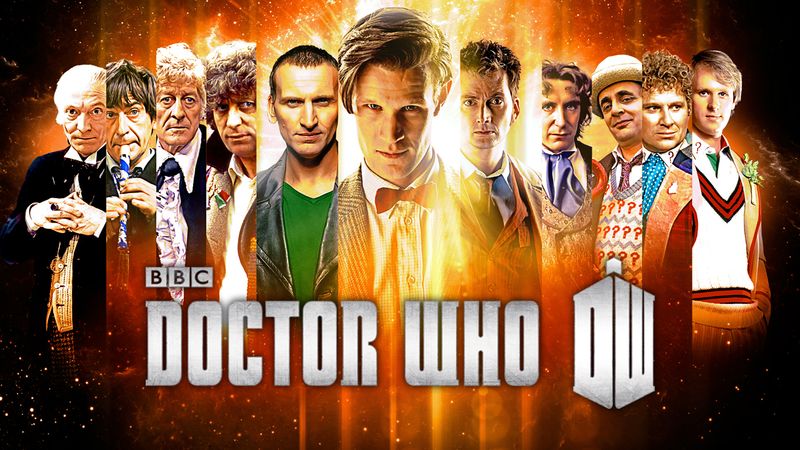 At Exploring Our Matrix, James McGrath speculates on the signifiance of religion in the Whoniverse, especially during Russel T. Davies' era. He frames his analysis around a line from the Series 1 episode "The End of the World":

Shuttles five and six now docking. Guests are reminded that Platform One forbids the use of weapons, teleportation and religion. Earth death is scheduled for 15:39, followed by drinks in the Manchester suite.

McGrath argues that this need not be read as a complete prohibition on religion, but rather should be seen as contextual:

The jibe at religion need not be considered a statement that religion is dangerous and ought to be prohibited under all circumstances. Rather, it recognizes that the end of the world is precisely the moment in conjunction with which religion tends to become dangerous. And so ruling it out on this space station makes sense. But that doesn’t mean that it cannot have its place, even in the Whoniverse.

I think this is probably right. There's no reason to believe that the prohibition on Platform One extends to the entirety of the universe. But what I find interesting here is the way that it's framed: "Use" of these things is forbidden. But what does it mean to "use" religion in this context: Presumably it means to treat it as a tool, presumably for violent or nefarious purposes (as with weapons and teleportation). It is, as McGrath argues, "dangerous."

So the question becomes, what's dangerous about religion? If I had to speculate on the answer Davies would give, it would be that religion is dangerous because it divides us into warring, irrational tribes, which would be the sort of standard neo-atheist knock against religion (which, I'll note, doesn't mean that it's wrong, just incomplete). But of course, religion can be dangerous for lots of reasons besides that. For one thing, it can challenge the existing order of things, which every empire strives to preserve. It can actaully expand our circle of empathy beyond those to whom we're most closely related, actually becoming an enemy of tribalism as much, and perhaps more than, a defender of it.

My point here is that "religion" can't be boiled down to a particular thing, let alone be stuck with a label of purely "good" or "evil." Rather it is a multivalant reality which impacts the world in often unexpected and certainly unpredictable ways. And this is precisely what makes it "dangerous" -- there's no telling what it will do when it's allowed to roam free.

Of course, "forbidding" religion is only one way to constrain it's dangerous potential. Another way is to co-opt it, to make it an instrument of the predominating power structures of society. Still another way is to recognize it as dangerous, but to ensure that it's dangerous only in the right way at the right time and toward the right people. One could direct religions revolutionary potential toward those places where revolution is genuinely needed. And still another way is to open up the potential of religion to the creation of new communities in order to allow for a broader, discursive religious reality to emerge, one that prefers dialogue to destruction and openness to closure.

There's no question RTD is not himself religious (this is widely known), and certainly uses Doctor Who to make some sharp satirical comments about religion. But at the same time, he's also cognizant of the symbolic power of religion, as illustrated in episodes such as "Last of the Time Lords," in which the Doctor is a clear Christ analogue (as I've argued before). Or in "The Impossible Planet/Satan Pit" in which a clearly demonic figure is defeated (exorcised?) by the Doctor.

But back to this particular example, I think the idea here is that in the future society, religion isn't seen as being "unnecessary" but as being an instrument for destruction. There may be time and places where such instruments can be properly used, but clearly Platform One at the end of the planet earth is not one of them.

One question that intrigues me is how Steven Moffat differs from Davies on this. After all, religion is clearly present and functional (if someone different from our own world) in his version of the show. We've got the Anglican Marines and the Headless Monks on the one hand, and on the other we've got the ritual in the "Rings of Akhatan" that is clearly religious in form. The main difference seems to be between religion which is designed to constrain some super-powerful but still finite threat (like the creature in the Satan Pit or the Grandfather in Rings of Akhatan) and religion as symbolic attempt to comprehend that which is in principle infinite (as in what H. Richard Niebuhr might call "radically monotheistic" faith).

Of course, in that last sense, the question is how religion is appropriated in the life of faith, and I think we some of the Doctor's companions, you clearly see the idea of self-giving and sacrificial love as being central to their identities. For my money, both Martha Jones and Clara Oswald most fully exemplify that aspect of faith, as both choose to undergo suffering, and potentially death, for the sake of offering the hope that the Doctor represents to those who need it (in the case of Clara, possibly even to the Doctor himself).

Posted at 11:36 AM in Religion, Society, Television, Weblogs | Permalink