« Reading The Bible Is An Art, Not A Science | Main | Russell and Copleston Show Hitchens and Dawkins How its Done » 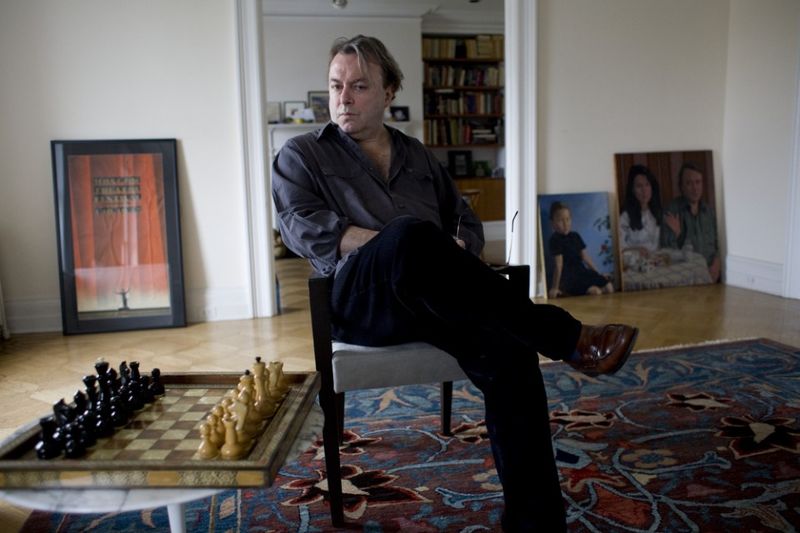 Today at Salon.com, Curtis White excerpts his new book, entitled The Science Delusion: Asking the Big Questions in a Culture of Easy Answers. In his excerpt he makes several criticisms of Christopher Hitchens that I've made myself from time to time, and offers some detailed critique of the metaphysical question-begging in which Hitchens indulges along the way:

I’ll begin with Hitchens’s metaphysics. Of course, a large part of his book is devoted to denouncing the stupidity of religious metaphysics, especially the idea that God is an entity outside of the ordinary workings of nature. But Hitchens has his own metaphysical claims, claims for which he seems not to feel any need to create arguments. In opposition to religion he proposes Enlightenment reason. What is “reason” for Hitchens? Your guess is as good as mine. Is it the rules of logic? Is it the scientific method? Is it Thomas Paine’s common sense? Some combination of the above? Hitchens seems to feel that, of course, everyone already knows what reason is and there is no need to elaborate its function or its virtues. But this “of course” is the marker of ideology, and the ideologist resists examining his own assumptions because to do so would be to make vulnerable his claims to authority. So eager is Hitchens to get on to the next item in his concatenation of religious insults to reason that he can’t be bothered to say what he means by the term. The one thing that he does seem to be sure of is that reason is something that shouldn’t be “outraged.” Nevertheless, there is no real difference between Hitchens’s outrage to reason and an evangelical’s outrage to God.

Of particular interest, I think, is White's analysis of Hitchens' conception of the idea of conscience. He writes:

After all, what is a conscience? Does it light up on a brain scan when we think virtuous thoughts? And if it is innate (and just what exactly does it mean to be innate?) why was Crassus’s crucifixion of six thousand Spartacans lined up along the Appian Way from Rome to Capua in 71 BCE thought by the people of Rome to be an expression of Roman vertù and a very good reason to honor Crassus with a full triumphal procession back into the city? Are we to imagine that the citizens of Rome threw garlands in the path of the conquering hero against their better judgment? Are we to imagine that after the celebration the citizens were stung by conscience and were unable to sleep at night? Or did Crassus merely confirm for Rome that it was what it thought it was, a race of masters?

Religion is of course neither a garauntor of morality nor is its absence an indicator that morality is absent, but the key moral question of any society is whether its morality is simply a reaffirmation of its own self-conception, or whether it contains within it resources of self-critique that allow it to grow in the direction of greater and more expansive conception of the moral good and who is permitted to partake of it. As we have seen this week in the rulings of the Supreme Court, progress happens, but it is by no means either even nor inevitable.

The problem with the neo-athiest confrontation with religion is not that, as a movement, it does not make many important and valid points about the shortcomings of religion, but by engaging in virtually worthless and fundamentally dishonest forms of strawman argumentation, they both weaken their own case and fail to give religious arguments their due in a way that would lead to any kind of genuine undersatnding either of religious history, or philosophy, or doctrine.

Of course, Hitchens was never interested in producing light when he could generate heat, or of creating understanding when he could engage in polemic.