The Gospel According to Doctor Who 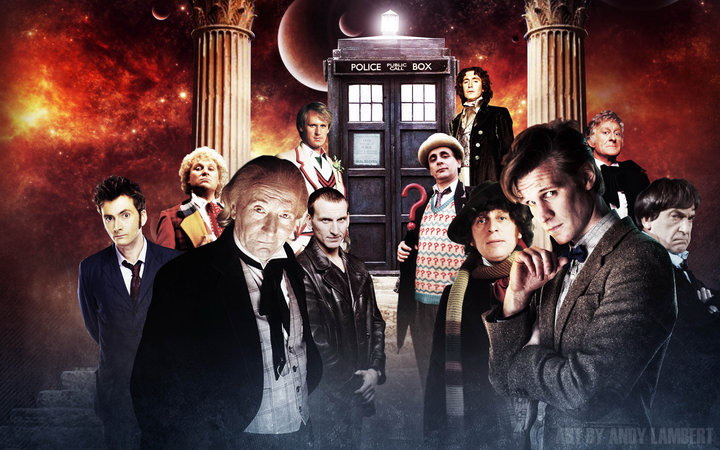 This weekend I spoke at a symposium in honor of the 50th Anniversary of the BBC's Doctor Who. It was a great time, and it made me think about a few themes related to Doctor Who and religion that have been on my mind for some time.

A few months ago I came across this short feature on the idea of Doctor Who itself as a religion:

Now, that's an interesting question, and the video explores it well, but it's not really the question that interests me. I'm more interested in the way that the narratives and characters on Doctor Who illuminate themes within the Christian theological tradition.

And, perhaps surprisingly, the linkages are often quite explicit, and nowhere more-so than in the climax to the three-part episode that ends Series Three -- "Utopia," "The Sound of Drums," and "Last of the Time-lords." NB. Spoilers for Doctor Who Series Three follow.

In this series of episodes The Master returns to Earth and, masquerading as the British Prime Minister, develops a plan to destroy the human race and colonize the earth with the Toclafane, a race that is revealed finally revealed to be humanity's own future state of existence. Ultimately, the Doctor is captured and reduced by the Master to an ancient, wizened state. Martha escapes with a mission from the Doctor, and spends a year travelling the earth attempting to fulfill the mission.

At the climax of the episode, Martha is captured and brought to the Master, who is holding the Doctor in a cage. She then reveals that her time spent travelling the earth has been used telling people about the Doctor, and urging them to concentrates their thoughts on him, so that at a single moment they will all be calling out his name at once, all around the world. Via a bit of technological hand waving (which is known, no doubt intentionally, as the "Archangel" network on the show), this combined thought allows the Doctor to renew himself and escape from captivity. In victory, instead of destroying or humiliating the Master, the Doctor instead says "I forgive you."

The Master is ultimately killed, though not by the Doctor, who actually encourages him instead to join him on the TARDIS as a sort of prisoner/companion. Refusing to regenerate, the Master truly dies (well, sort of ), and is genuinely mourned by the Doctor.

It's hard to miss the rather overt Christian overtones in this episode. First and foremost is the idea of Martha as a sort of "evangelist" for the Doctor. Although the Master believes she's travelling the world seeking a weapon, she's actually spreading the message of the Doctor, of his care for humanity and the lengths to which he's gone to save it. It is not hard at all to translate this to the message that Christian evangelists give as they spread the Gospel.

Then there is the fact that Martha's act is itself an act of self-sacrificial martyrdom. She travels the world, at great risk to herself, to spread the Doctor's Gospel. When she is finally recaptured, she is willing to die rather than renounce the Doctor.

And of course, then there is the content of her message, specifically the idea that, if they desire salvation, it is essential that humanity, for all intents and purposes, pray to the Doctor, and doing so actually does empower the Doctor to effect their salvation. Furthermore, this is an act that people undertake solely as an act of faith. There is no guarantee, and really no reason that people should focus their minds on the Doctor, but they do, and in doing so, they receive salvation.

And, finally and most powerfully, there is the Doctor's decision to meet the Master's evil, not with his own wrath and judgment, but rather with forgiveness. One could argue very persuasively that this is wholly due to the fact that they are the last two Time Lords. But it doesn't change the reality that the Doctor's first imperative regarding the Master is to offer forgiveness.

More could be said, and I'm hoping that I can expand these ideas into something of greater length in the future. It should be noted that Russell T. Davies is not himself religious, but in this episode in particular the religious overtones are so overt as to be (for me at least) wholly inescapable.