« Destined Not for Darkness, but Light | Main | Why I'm Often Pessimistic, and My Reasons for Optimism »

Murdered Children Deserve to Have a Future 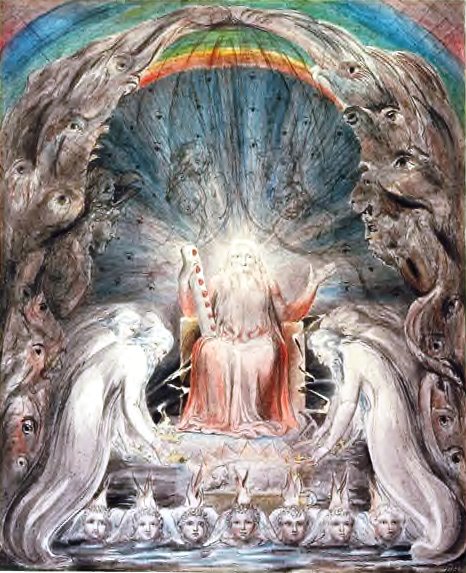 Last week's mass shooting at Sandy Hook Elementary School in Newtown, CT, has produced a great deal of commentary, particularly around the issues of gun control and mental health care. Those conversations are important, and I am very hopeful that out of this horror may come a saner set of laws pertaining to the sale and possession of firearms and a genuine increase in mental health services for those in need.

Unfortunately, at the same time, it led to some genuinely awful theological yammering from the usual suspects on the religious right. Perhaps the most egregious, or at least the one that was quickest out of the gate with its egregiousness, was Mike Huckabee's statement:

"We ask why there is violence in our schools, but we have systematically removed God from our schools," Huckabee said on Fox News, discussing the murder spree that took the lives of 20 children and 6 adults in Newtown, CT that morning. "Should we be so surprised that schools would become a place of carnage?"

Our country really does seem in complete disarray. I’m not talking politically, I’m not talking about the result of the November 6 election; I am saying that something has gone wrong in America and that we have turned our back on God.

I mean millions of people have decided that either God doesn’t exist, or he’s irrelevant to me. And we have killed 54 million babies and the institution of marriage is right on the verge of a complete redefinition. Believe me, that is going to have consequences, too.

And a lot of these things are happening around us, and somebody is going to get mad at me for saying what I am about to say right now, but I am going to give you my honest opinion: I think we have turned our back on the scripture and on God Almighty, and I think he has allowed judgment to fall upon us. I think that’s what’s going on.

Meanwhile, other pastors and theologians have gotten about the difficult work of trying to make sense of the killing to their congregations and readers. I was particularly gratified by Rachel Held Evens' response to the Huckabee:

You might have heard the rumor from Bryan Fischer, from Mike Hucakbee or a friend on Facebook, saying that God abandoned the children at Sandy Hook because, though children have every right to pray in public schools, those schools cannot sponsor prayer events out of deference to religious freedom. When asked where God was on that awful Friday morning, these Christians have said that God did not show up at Sandy Hook because “God is not allowed in public schools,” because “ we have systematically removed God” from that place.

Brothers and sisters, let’s call this one for what it is: bullshit.

God can be wherever God wants to be. God needs no formal invitation. We couldn’t “systematically remove” God if we tried. (Emphasis in original)

Bullshit indeed. As the same time, Diana Butler Bass was the first person I read who had a constructive theological reaction to the killing, which in the Christian tradition relates to the biblical story of Herod's massacre of the innocents:

"A voice is heard in Ramah, weeping and great mourning, Rachel weeping for her children and refusing to be comforted, because they are no more." (Jeremiah 31:15/Matthew 2:18)

Tony Jones meanwhile offers some biblical criticism for those who want to downplay the "truth" of that story:

You see, that’s exactly what happens when you dismiss the terrifying texts of the Bible as non-literal myths. YOU SILENCE THE VICTIMS!

For my part, I've been a bit too rattled to write much of anything for several days. I've needed to sit on my reactions and think things through. But Tony's post got me thinking.

But at the heart of my faith is belief in a God for whom murders like the one in Sandy Hook are not the end of the story, a God who stands in solidarity with the victims of violence, who became incarnate in a human being and suffered every sorrow of human life, and whose death revealed the rotten core of the cycle of violence that sustains our civilization.

The God I worship is one who will not let the murder of innocents be the last word, but who promises to bring justice to the victims and justification to the perpetrator. In the end, despite all of my doubts, I am a Christian because I believe that murdered children deserve a future; and I believe that we are entitled to hope for one on their behalf. Without hope for the victims, there is no hope at all.

This is a theme that Jurgen Moltmann has discussed repeatedly throughout his work, particularly in dialogue with Ernst Bloch and Walter Benjamin, for both of whom the question of hope in a godless world was a difficult and important question. For Moltmann, ultimatley it is through Christ that God enters into solidarity with the victims, and through his solidarity both redeems their suffering and opens up an eschatological future for them.

Does the suffering which Christ suffers in solidarity with the victims in humanity's history of violence have any significance for the victims themselves? If he were only one victim more, his suffering would have no special meaning or importance. But if God himself is in Christ (II Cor. 5.19), then through his passion Christ brings into the passion history of this world the eternal fellowship of God, and the divine justice and righteousness that creates life; and he identifies God with the victims of violence. But the revearse is then also true; for this means the identification of the victims with God, so that they are put under God's protection and with him are given the rights of which they have been deprived by human beings. Not least, in this way these 'accursed of the earth' have a determining part in the divine judgment of the world: 'As you did it to one of the least of these my bretheren, you did it to me.' (Jurgen Moltmann, The Spirit of Life, 131).

This future remains unrealized in history, which is why the martyrs beneath the throne in Revelation repeatedly beseach God: "How long?"

Of course, we don't know the answer to that question, and no doubt my non-religious friends would suggest that one possible answer is "never." But Christian hope defies that possibility, while still recognizing it as a constant threat. True, the suffering of the innocent may never be redeemed, in which case there is no justice in the world and Qoheleth is right, that all is vanity. But even if true, it remains the case that those murdered children deserve a future, and if nothing else, my faith is testimony to the possibility that, through the redemptive action of a loving God, they may get one. We owe such faith to the victims of violence.