No Files on Guantanamo Prisoners

President Obama's plans to expeditiously determine the fates of about 245 terrorism suspects held at Guantanamo Bay, Cuba, and quickly close the military prison there were set back last week when incoming legal and national security officials -- barred until the inauguration from examining classified material on the detainees -- discovered that there were no comprehensive case files on many of them.

Instead, they found that information on individual prisoners is "scattered throughout the executive branch," a senior administration official said. The executive order Obama signed Thursday orders the prison closed within one year, and a Cabinet-level panel named to review each case separately will have to spend its initial weeks and perhaps months scouring the corners of the federal government in search of relevant material.

As Steve Benen notes, this explains a lot:

How could this happen? In light of these revelations about the lack of files, it starts to make a lot more sense.

But to put this in an even larger context, consider just how big a mess Bush has left for Obama here. The previous administration a) tortured detainees, making it harder to prosecute dangerous terrorists; b) released bad guys while detaining good guys; and c) neglected to keep comprehensive files on possible terrorists who've been in U.S. custody for several years. As if the fiasco at Gitmo weren't hard enough to clean up.

I'm reminded of something John Cole said the other day: "The moral of this story is not the danger for Obama going forward with his Gitmo decommissioning, the moral is that when venal, shallow, small men are given unfettered power and authority, they do incompetent, stupid, and evil things."

I mean really: The incompetence of the Bush administration was truly breathtaking.

A Propos of what I wrote earlier:

Merrill Lynch took the unusual step of accelerating bonus payments by a month last year, doling out billions of dollars to employees just three days before the closing of its sale to Bank of America.

The timing is notable because the money was paid as Merrill's losses were mounting and Ken Lewis, BofA's chief executive, was seeking additional funds from the government's troubled asset recovery programme to help close the deal.

Merrill and BofA shareholders voted to approve the takeover on December 5. Three days later, Merrill's compensation committee approved the bonuses, which were paid on December 29. In past years, Merrill had paid bonuses later - usually late January or early February, according to company officials.

It really is time to rein these crooks in. Really.

Climbing on the Nationalization Bandwagon

A few months ago, I would have (and did!) pooh-pooh suggestions that we were on the verge of a new Great Depression. I'm still cautiously optimistic that, with the right stimulous plan, we can avoid the great big economic iceberg in our path, but that's going to require quick and bold moves from both President Obama and Congress. Meanwhile, the whispers that maybe it's time to nationalize much of the troubled American banking system, have begun to increase in volume, and I'm inclined to jump on board. Kevin Drum in particular has been actively investigating this, and the more I read, the more I'm convinced. Why? A few things:

Yesterday, Nouriel Roubini estimated that U.S. banking losses related to the financial meltdown will eventually come to about $1.8 trillion. Of this $1.1 trillion comes from loan writedowns and $700 billion comes from losses on securities. Since current total bank capitalization also amounts to about $1.8 trillion, this "leaves the U.S. banking system borderline insolvent if our loss estimates materialize."

Yikes! This is bad. Very bad, and it's not clear to me that the banks have the internal resources available to fix it.

2. I don't have any faith that banks can or will act morally or responsibly. After all, haven't we been down some version or another of this road for a couple of decades now? Banks repeatedly and routinely fuck their customers over for a few pennies on the dollar every chance they get. Meanwhile, it's because of the commodification of crappy mortgages that we started rolling down this hill in the first place! Every time the banking system has been deregulated, they've used that deregulation to further enrich themselves through the exploitation of both consumers and the public trust. It's time that they were put on a very, very short leash.

3. Nationalization seems to be working for other countries. Great Britian is currently moving toward nationalization, and in the early 1990s, Sweden nationalized some of its banking system to avert meltdown. Furthermore, not to put to fine a point on it, we've already nationalized several banks. The question we need to ask now is not whether we should do it, but what is the best course of action to pursue in doing so, and what is the minimum level of nationalization that will be necessary to get banks to hold the line and to properly capitalize them so that they can do their jobs properly?

I know that there's going to be a lot of resistance to this, generally by the same people who said that deregulating banking wouldn't lead us into this mess in the first place. Some of these folks are even in the Obama administration. It's vital at this point in time that we either a) ignore them or b) come up with something better, because the longer we wait without doing something, the bigger this problem is going to get.

The Curious Case of Forrest Gump

"If you see only one version of 'Forrest Gump' this year, make it 'The Curious Case of Benjamin Button."

I was out for a while, as Barack Obama fixed the country yet?

And now a new era beings. I hope I may be permitted some levity: 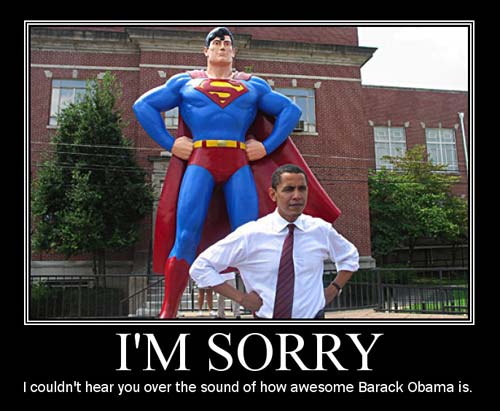 It's a New Day

One hour to go. Meanwhile, if you haven't seen it, check out Will.i.am's post-victory video (which for some reason Youtube won't let me embed, darnit!): It's a New Day! 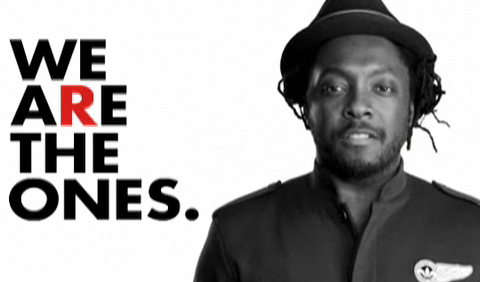 From his final speech: