Over at Patrik's blog, the competition continues to rage fiercely. In the first round, it was Gutierrez vs. Ratzinger and Moltmann vs. Congar. But controversy has once again errupted over the Gutierrez vs. Ratzinger match-up (as, of course, one might well expect!). The issue? Apparently the TWC has come to the attention of an online Ratzinger fan club, who showed up en masse to vote for him. Is this the theological equivalent of fielding a ringer? The conversation continues at Patrik's place.

For myself, I have to admit that there's a creepy quality to the adulation of the posters to the Ratzinger board, which I suppose is to be expected since he is, after all, the Pope, but I'm not sure what the best path would be. It'd be a shame if the "all-in-good-fun" quality of the tournament were disrupted by a partisan invasion. I suppose there's something to be said for the argument that Ratzinger (qua theologian, not qua Pope) is a more significant theologian than Gutierrez, though frankly, after disappearing into the Vatican in the 1980s, he really didn't publish much new theology, while Gutierez spent the same period passionate defend his theology -- successfully! -- from Ratzinger!

The outcome remains to be seen, but I've got my fingers crossed for Moltmann in quarter-finals. If the Ratzinger-ites show up in force, then it may not make much of a difference how much hope the founder of the theology of hope has. Updates here!

Now that we're past the qualifying round, Patrik has put up a set of brackets detailing the matchups for the rest of the tournament. I've got my bet in: Moltmann makes it to the final round, where he triumphs over Pannenberg.

This really can't be settled by an appeal to theory. Empirical studies are what matters, and they mostly seem to show that modest minimum wage increases have either no effect on low-wage employment or else a very tiny effect, most of it centered on teenagers, not adults. A long history of changes to the minimum wage at the state, local, and national level in the United States, for example, gives little reason to think that small increases in the minimum wage have any serious negative impact — but does suggest that these changes have, in fact, increased the wages of the working poor.

Likewise, Britain introduced a national minimum wage for adults in 1999 and it appears to have had no negative effect on employment at all. On the positive side, however, it has increased the wages of low-skill workers.

At this point, the bulk of the evidence suggests that modest minimum wage increases (a) provide a measurable benefit for poor workers, (b) have little or no impact on employment levels, and (c) are paid for by the customers of low-wage industries, which means the cost is broadly dispersed among all of us.

The Most Annoying Commercial EVER!

Please tell me this is some kind of sick joke!


via Andrew Sullivan, who was sitting in stunned silence.

A key passage from the Salon.com article:

So the very body of Jefferts Schori, whose election was hailed by shouts of "It's a girl!" is a direct challenge to the purity movements in the church. Three dioceses of the U.S. Episcopal Church do not believe that God has called any women to ordained ministry, and more than half of the 38 provinces in the Anglican Communion, including the Church of England, do not ordain women to the episcopate. The rector of an Episcopal church in Illinois that does not ordain women told the New York Times that the new bishop would not be welcome there. "Just like we can't use grape juice and saltines for Communion, because it isn't the right matter, we do not believe that the right matter is being offered here," he said, apparently referring to Bishop Jefferts Schori's female parts.

And yet God, according to the stories we know, tends to show up in the most unlikely places: in humiliated, unclean women, in helpless babies, speaking in ways that upset the established order and turn tradition on its head. As with Bishop Robinson, Jefferts Schori may provoke schism, and further dismembering of a denomination that has shakily held together despite differences in style, politics and theology. But she may also be a reminder that the institution of the church -- of any human religion -- is, finally, so much smaller than the promise it embodies.

Moltmann in the Lead!

The Theology World Cup continues, despite the continued disruptions of the Koala contingent. Frank has the rankings, and just look who's in first! Here are the top 10: 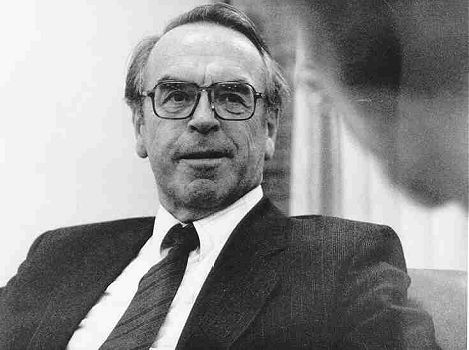 One of Frank's commentators is dismayed to see Moltmann in first, arguing that luminaries like Rahner and Pannenberg are far greater theologians, but I'm betting than when the dust clears on the field, Jürgen will be holding the trophy. His first place standing is not an accident!

For my money though, the big matchup will be the inevitable Moltmann vs. Pannenberg event. What will happen when a theologian of hope goes toe to toe against another theologian of hope? My proleptic expectation is that Moltmann will prevail. We shall see!

All this talk of the Theology World Cup put me in mind of the famous Monty Python sketch in which the Greek Philosophers (Plato, Aristotle, etc.) go head to head in a soccer match against the Germans (Leibniz, Nietzsche, etc.). Unfortunately, I couldn't find a clip on line. The best I could do was the script. However, for your entertainment, here's the Spanish Inquisition sketch, because ... NOBODY expects ... the Spanish Inquisition!

The battle continues. I've got on my Moltmann T-Shirt and I'm waiving the pendant. But the competition is fierce in some of the other races, which are well worth checking out. Frank as ususal gives us an excellent play-by-play:

In the main arena we have Moltmann already delivering the smack-down on Torrence, ouch!

Sölle has emerged onto the field with her silent cry that is sure to crack James' Cone of silence. Definitely there will be a lot of suffering in that area.

Scanning the crowd Sölle seems to have a lot of supporters, is that Joan Chittister with the big "You Go Girl!" placard, yes, I believe it is. And there are more, Fiorenza, Gebera, Eaton, wow a whole crowd has turned out to root for her! Looks like the venerable member of the great cloud of witness has gotten herself a great cloud for the day. Fight well good sister, fight well.

In the second arena we have Pannenberg serving up a bit of Brunner for the crowds.
Lubac and Ebeling seem to be well matched, but with so many heavyweights not many have turned out to see what happens here.

The action continues at Patrik's blog.

I finally got around to seeing An Inconvenient Truth this afternoon. Highly, highly recommended!

At the end, the movie listed several things that individuals could so to help the environment. One of them was ride your bike. I'm already doing that. Another was to encourage everyone I know to go see the movie. So, that's what I'm doing here.

Go see it! And while you're at it, scroll down to the banner ad on the right hand side and pledge to see it. That way, I don't get embarassed by having no demonstrable impact.

Thomas Friedman is like Andrew Sullivan for me, in that they both often present interesting or attractive ideas, or have an analysis that makes a lot of sense to me, only to lose me near the end.

In today's New York Times (sorry, it's behind the Times' execrable firewall), Friedman offers another of his Big Ideas, in this case, it's the idea of a third, "Geo-Green" party. What I like about it is the idea of combining a global sensibility with a green political ethic. The actual Green party, in addition to being a joke in the United States due to its complete lack of political savvy and infallible capacity to choose fools as party standard bearers, actually has relatively little to say constructively about globalization. A "Geo-Green" approach has a lot of advantages on that front. Friedman writes:

Its centerpiece would be a $1 a gallon gasoline tax, called "The Patriot Tax," which would be phased in over a year. People earning less than $50,000 a year, and those with unusual driving needs, would get a reduction on their payroll taxes as an offset.

The billions of dollars raised by the Patriot Tax would go first to shore up Social Security, second to subsidize clean mass transit in and between every major American city, third to reduce the deficit, and fourth to massively increase energy research by the National Science Foundation and the Energy and Defense Departments' research arms.

Most important, though, the Patriot Tax would increase the price of gasoline to a level that would ensure that many of the most promising alternatives — ethanol, biodiesel, coal gasification, solar energy, nuclear energy and wind — would all be economically competitive with oil and thereby reduce both our dependence on crude and our emissions of greenhouse gases.

In short: the Geo-Green party could claim that it has a plan for shoring up America's energy security, environmental security, economic security and Social Security with one move.

But, apart from the infeasibility aspect of this idea (though it is admittedly a Big Idea), it makes me wonder what kind of a political system Friedman thinks we live in. If "the Republicans would never support it," as Friedman notes and if, as I've noted above no one will vote for a party that promises a $1 a gallon gas tax hike, where does Friedman think there is to go but the Democrats? Whatever their flaws (and they are many), they're the only political party on the American scene right now that both gives a damn about the environment and has a snowball's chance in hell of winning an election. Floating this idea of a third party is an exercise in wishful thinking, and what's more, creates a spoiler effect similar to the one that split the Democratic vote in 2000, thus giving us eight years of truly horrible governance in this country.

Where exactly is it that Friedman's reputation for sagacity comes from again?